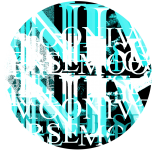 We are constantly and actively developing the music we make which also can be seen as reflection to our personal development. Therefore the debut album ”MeYouWeThem” from 2012/2013 has a special place in this flow and our hearts; as a starting point of a special line of development.

THIS ALBUM WAS a concept start for a way of work where improvisation as an art form and also composition in the present moment were the main components and the album contains several approaches on this method. In one aspect the result can be seen as somewhat incoherent; some tracks are kind of minimalistic jazz, some almost art-pop/rock, some arty electronica, others moves closer to true art-music/avant-garde and some track represents some kind of bizarre neurotic free-form-blues. If this incoherent is good or less good might not be obvious; it just IS and reflects the method and the starting point of, for us, a rather post-conventional era.

TO BE BEYOND the conventional means you really have been into for example jazz, sing-songwriter, different rock genres or classical music but then feel an urge to go further! We still love lot’s of normal music but parallel to that, even years before Mooniverse was conceptually invented, a feeling ”there is something more to discover”, gradually started to rise, perhaps as early as somewhere in the middle of the decade after the millennium shift.  By hand that search party was called Mooniverse!

THIS SEARCH HAS many dimensions. In one aspect it’s about composition – to find new musical ”constructions” beyond the conventional predictable dogmas. Reach structures that surprise and hardly could be designed by logical processes. The collective collaborative improvisation are here a tool to reach flow mental states that sort of connect the commonly created music to higher dimension so to speak. It’s an art form; sometimes it work, sometimes it’s harder to get a free broad band connection. So… In another aspect it’s mental development thing… This ability to cosmic connection can be seen as a tool to add that something extra above more conventional ways to compose, meaning the possibilities to blending combinations are endless.

AFTER THE CREATION of the album ”MeYouWeThem” we have deepening the artistic search, gone both deeper and more extreme in artistic expression, changed technology usage for even more ”power of now flexibility” and more. When working with improvisation the intuitive flow cosmic connection are central, but also the hard core knowledge base, which the intuition partly use as expression storage so to speak. Because of that we have since the album ”MeYouWeThem” also added even more academic studies in for example counterpoint vocal polyphony, advanced orchestration, vocal methodology, deeper improvisation studies, rhythms/timing which somewhere has influenced where we are today but never the less; ”MeYouWeThem” has special place in the path to ”reach further”.

ARTISTIC VISUALS ARE for us part of the music experience and expression since we also are professionally active in the field of fine art, graphic design and illustration. The artwork on this album is conceptually linked to the same artistic world as the music is born in. The building blocks to the design are various kind of fine art and art photography we both (Mari Åkerblom and Ulrik Claesson) has produced until the production of the album.

FOR YOU TO get this physical object and artwork experience our debut CD ”MeYouWeThem” can be ordered from us for 100SEK+postage by contacting us for example using the form below: